Urochloa plantaginea (Link) R. Webster is an important weed and forage crop in Brazil. To subsidize management strategies for this plant, we studied its seed production in pure stands and infesting maize. The experiments were conducted in Londrina, Brazil, in two growing seasons, on a red latosol, under a Cfa climate. Both experiments had a completely randomized design, with four replications. In the experiment of U. plantaginea infesting maize, treatments were weed-control periods of zero, 20, 40, and 60 days. In the experiment of U. plantaginea pure stands, treatments were four emergence dates. Infesting maize, even when the cereal yield was not affected at all, U. plantaginea produced enough seeds to perpetuate weed infestation. This indicates that the preservation of crop yield is not enough as a criterium to measure success in weed control. Seed production of pure Urochloa stands was affected by year and tended to decrease as plant emergence was delayed. Implications of U. plantaginea seed production on its use as a forage crop and its control as a weed are discussed
PDF 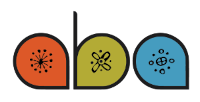